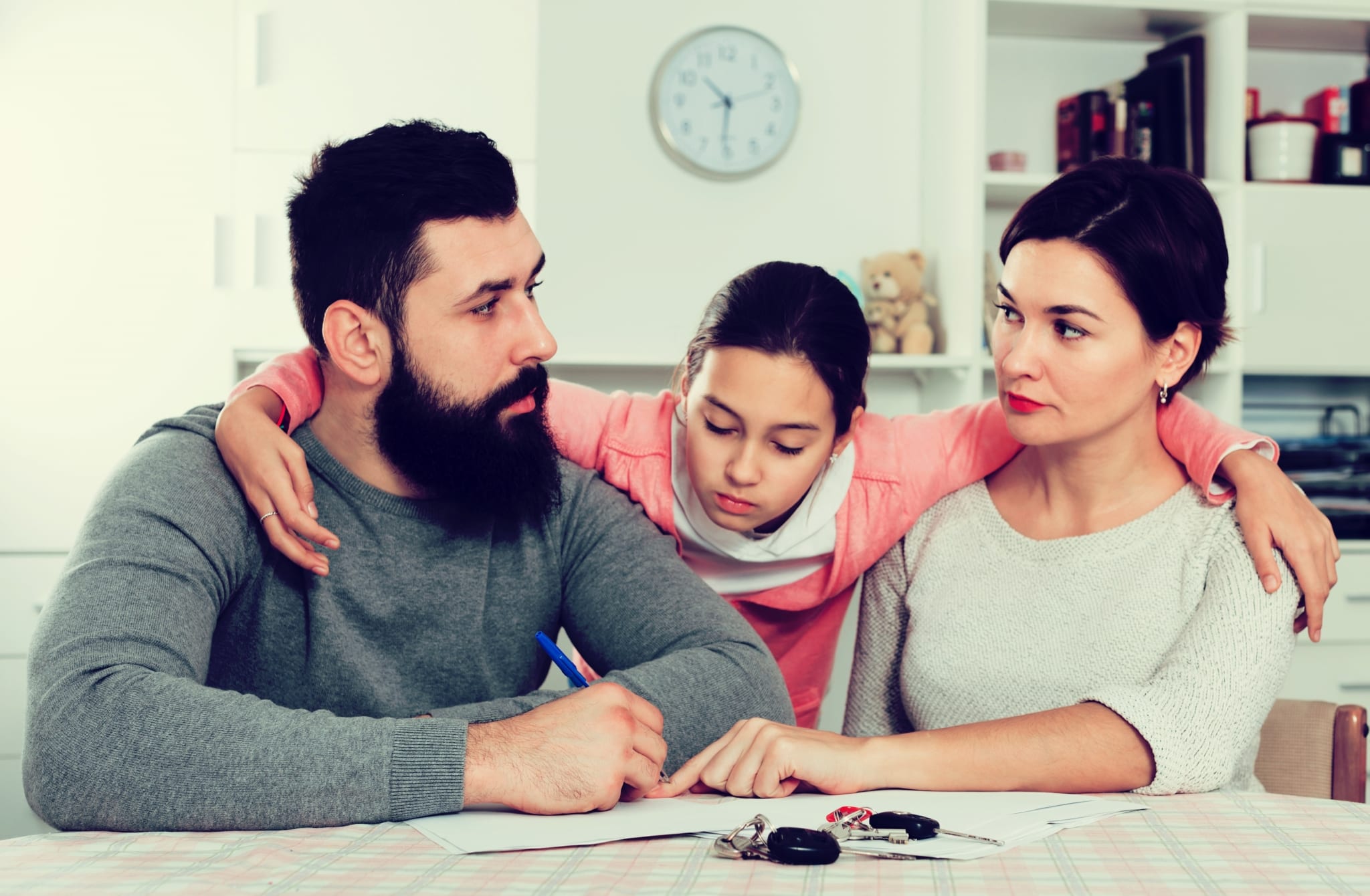 Child support and university expenses may be related, explains our Vancouver divorce lawyer.

3 (1) Unless otherwise provided under these Guidelines, the amount of a child support order for children under the age of majority is

(a) the amount set out in the applicable table, according to the number of children under the age of majority to whom the order relates and the income of the spouse against whom the order is sought; and

(b) the amount, if any, determined under section 7.

Child the age of majority or over

(a) the amount determined by applying these Guidelines as if the child were under the age of majority; or

(b) if the court considers that approach to be inappropriate, the amount that it considers appropriate, having regard to the condition, means, needs and other circumstances of the child and the financial ability of each spouse to contribute to the support of the child.

If your case for child support and university expenses fits under section 3(2)(b) of the Federal Child Support Guidelines, you may be able to reduce the amount of child support such that you would only be responsible for payment of your child’s living expenses and proportionate share of his or her tuition. However, this depends on your child’s living and university arrangements.

Mohamed v Martone, 2019 BCSC 38 (CanLII) is a case that explains the relationship between child support and university expenses. In Mohamed v Martone, 2019 BCSC 38 (CanLII), the Honourable Mr. Justice Ball dealt with a case where the child had reached the age of majority and was attending school elsewhere, while residing with the mother only during the summer month. The court found that Section 3(2)(b) of the child support guidelines applied and that the father had to pay child support for only the summer months. As a result, the court reduced the father’s child support obligation. Here is an excerpt from the case which sets out the legal test for cases dealing with child support and university expenses:

How to decide if section 3(2)(a) or 3(2)(b) of the guidelines apply when dealing with child support and university expenses for adult children?

[12]      In sum, the choice between the two sections is discretionary and determined by the particular circumstances of each case and there is no specific requirement formally to challenge relying on s. 3(2)(a) before a judge can consider whether it is inappropriate to apply that subsection rather than s. 3(2)(b) and or vice versa. The view taken by this Court is that the burden of proof rests with each party in the ordinary manner to persuade the court which of the two sections is the appropriate one to apply in the particular circumstances before the court. There are of course factors that tend to support the appropriateness of relying on one section rather than another and which guide the exercise of a judge’s discretion. For example, the more closely the circumstances of the adult child resemble those of a minor childliving at home, the less likely it is that the approach found in s. 3(2)(a) will be determined to be inappropriate. Each case will depend on its facts.

How to determine the proper amount of child support when section 3(2)(b) applies? – correlation between child support and university expenses for adult children

[33]        Accordingly, child support is to be determined according to “the condition, means, needs and other circumstances of the child and the financial ability of each spouse to contribute to the support of the child”. This includes consideration of the child’s potential contribution, “which is an important factor in considering the amount of support a student requires”: W.P.N. at para. 42.

[41]        In determining the child support payable, I find guidance in the decision of Mr. Justice Weatherill in Hamilton v. Popp, 2014 BCSC 506 (CanLII) [Hamilton]. In that case, the payor of child support for a child of the marriage, who lived in B.C. and was attending university in Nova Scotia, was required to continue to pay that support while the child was attending university. In addition to child support, the payor was paying a proportionate share of the child’s university expenses. An RESP was created over a number of years, which in 2014 totalled approximately $45,000.00.

[42]        At para. 22 of Hamilton, the court noted that the main point of contention was child support and the court made a finding that the student in that case continued to be a child of the marriage while attending university. Reference was then made to s. 3(2) of the Guidelines. The court noted at para. 26 that the term “inappropriate” in the context of s. 3(2)(b) means “unsuitable” rather than merely “inadequate”: citing Francis v. Baker, 1999 CanLII 659 (SCC), [1999] 3 S.C.R. 250. As a result, the court may exercise a broad discretion to accept or reject the prescribed amount of child support in each case involving children and age of majority issues.

[31]      In L.H.M.K, Brown J. accepted the proposition that where s. 3(2)(b) of the Guidelines is applied to an adult child attending post-secondary schooling who is living away from home, courts generally suspend child support for that child when the child is away from home. In turn, courts order each party to pay their proportionate share of the child‘s education expenses.

[44]        The court also noted that s. 7 of the Guidelines also becomes relevant in determining child support because it provides that a child support order may include a provision for special and extraordinary expenses, including, for example, post-secondary education costs: Hamilton at para. 27. In L.H.M.K. v. B.P.K., 2012 BCSC 435 (CanLII) [L.H.M.K.], Mr. Justice Brown stated at para. 170:

[170]        There is a certain amount of interplay between s. 3(2) and s. 7(1)(e) of the Guidelines. Attendance at a post-secondary institution may entitle a child of or over the age of majority to child support under s. 3(2), but that same child may not receive an additional award for “expenses for post-secondary education” under s. 7(1)(e) if the means of the spouses and the earnings of the child are of a certain level. In M.H. v. W.D.H., 2003 BCSC 838 (CanLII), Dorgan J. explained the relationship between the two provisions as follows:

[176]        In the circumstances, while R. is at university and thus away from home, the husband shall reduce child support payments to the wife from 3 to 2 children to reflect the number of children living at home. Based on R.’s university schedule thus far, it appears that this will have the effect of requiring the husband to pay for two children 8 months of the year and for three children four months of the year.

[47]        Having reviewed the condition, means, needs and circumstances of E.M., there is an expectation that she will work in the summer of 2019 as she did in the summer of 2018. Based on the parties’ financial circumstances discussed and the authorities cited above, I am satisfied on a balance of probabilities the amount of child support that the claimant should be paying during the months E.M. is not residing with the respondent should be reduced.

What happens to child support, if my child comes home for summer? – correlation between child support and university expenses for adult children

[49]        The same applies in the case at bar. The child support payable by the claimant to the respondent shall be reduced from twelve months to four months per annum.

Can I Move With My Child Outside British Columbia?

How Do I Prepare for the Judicial Case Conference (JCC) in my Divorce Case? Explained by Vancouver Divorce Lawyer

Filing for Divorce in BC - What You Need to Know

How to Start your Divorce or Family Law Case in BC Supreme Court?

Is Family Property Split 50 50 in Divorce? Explained by our Divorce Lawyer, in Vancouver

6 Things to Consider before Filing for Divorce in BC
How to Find the Best Divorce Lawyer?